by Retroman
An aquaintence of mine recently acquired a modified (for speed) Zip. Says he's gonna run a Mark 78 on it. The name soundsfamiliar, but I could not find Zip pics by a John Schubert. Is anyone familiar with this boat. Just curious!

by vupilot
Yes, we had some discussion and pics in a previous thread.
viewtopic.php?f=17&t=12776

by Roberta
Since that thread was started I have gotten to know John personally as he is a member of our ACBS chapter. He had an 850XS on it when I saw it run the summer of 2012. Very nice boat and ran well with the rear cockpit setup. He originally had the Merc 78 on it when the transom broke during a trip to Florida. That was repaired and the boat was in fine shape the last time I saw it in August this year.

by jeffh
That is the boat that started a serious discussion about transoms and splash wells. I remember I reinforced mine twice after that.

by gdcarpenter
As I recall he had the boat 'professionally' built.

by travis24
Yes I was in it at Constantine in Michigan the past summer and It was for sale. What do you need to know. Did your friend buy the boat? Where is the motor? Tim D did the motor, Sorensen Woodcraft built the hull and Dave Doyle in Wisconsin did all bright work.

by Buckeyesmith
Here are a couple of pictures of John's boat, taken at the 2011 Tavares boat show. 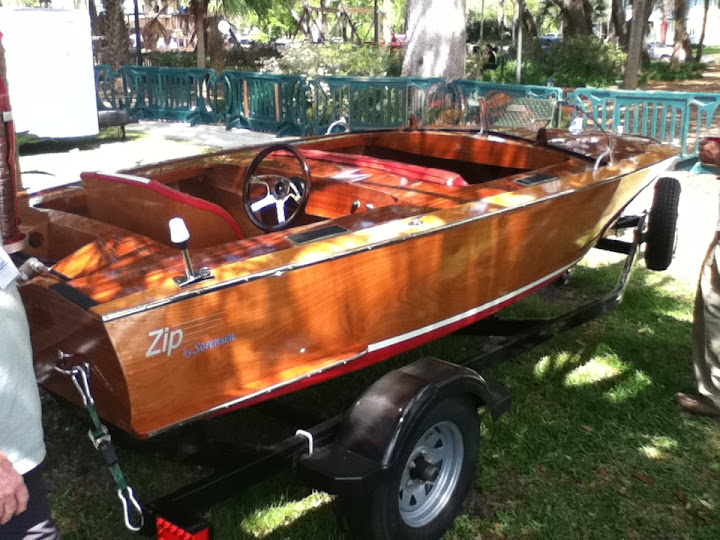