Report the performance of your boat, supply as much information as possible (weight, HP, prop, speed, etc.).
Subject: Make the Glen-L design name the subject. If the design already has a posting, add your information to that post.

I'm always looking for inboard racing activity, especially where Glen-L Tornado or Rampage models are concerned. For any that may be
interested, here are a couple of photos for the proposed, APBA-sanctioned, "SE" racing class. The SE-class rules are being designed to
allow modest-budget, small block motors, only. Trick parts and monstrously costly engines are out. Those are for the SK- and K-class
boats! If you're interested in the proposed SE rules, look here:
http://www.wannaberacing.net/index.html

Anyway, here's a Glen-L Tornado that is reportedly getting ready for the SE-class; owned and driven by Rob Kaufman from Salem, OH.
I think we've heard from him on the forum.

Rob began racing E-class Runabout in 1958. My guess is that he's in his late-60's now! This boat was built in 1974. Way to go, Rob! The
SK marking is changed to SE in the last picture. Look for the Glen-L logo! 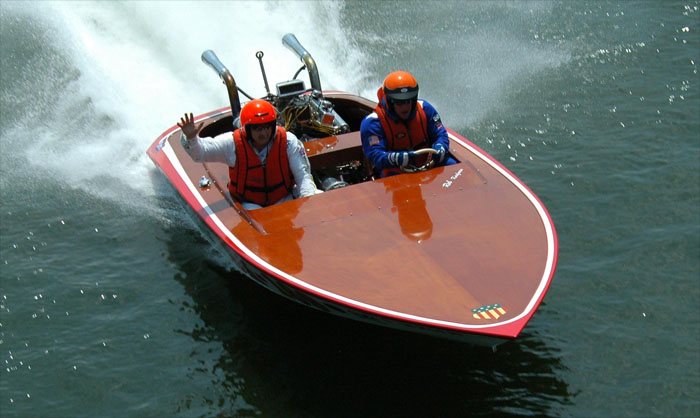 Looks like fun.
Paul
Paul Miller in Memphis, TN
"Yeah, I had lunch with him last week at the Cracker Barrel out on I-40."
Top

that looks like fun Paul!
headed to the Vintage Raceboat Regatta in NH this weekend
http://vintageraceboatshop.com/Wolfebor ... a-2011.htm
always fun to see these guys fly by in close quarters

Very interesting. I been yearning for that V8 growl in a boat. Maybe I could build a class boat and have fun with it.
Oak is over rated, everything about it takes extra time; then it warps, splits or checks !!!

That looks cool!!! Got me thinking again.

I wanna build a vintage racer like that.... Any plans

I wanna build a vintage racer like that.... Any plans

you can use the link i posted above or here for the shop
http://vintageraceboatshop.com/
(insert Witty phrase here)
Billy's Belle Isle website
Top

This is such a cool idea. Hopefully the class has great success.
Top
Post Reply
9 posts • Page 1 of 1

Return to “Speed and Performance”