by areame
I need new throttle/shifting cables for my outboard but am not sure which ones to use, or what attachments I need. I have a 1957 18 hp Evinrude with a 1970's control box (pictured at the bottom). Does anyone have any info on where I can buy new cables and the attachments to go with them? I have been looking around online but I'm starting to get really confused on which ones will fit my outboard. Thanks. 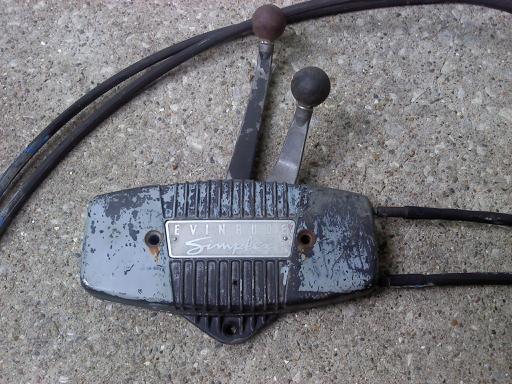 Here's the outboard. I did purchase the cable locks that hold the cable in place while attached to the throttle/shifter but I haven't put them on yet. 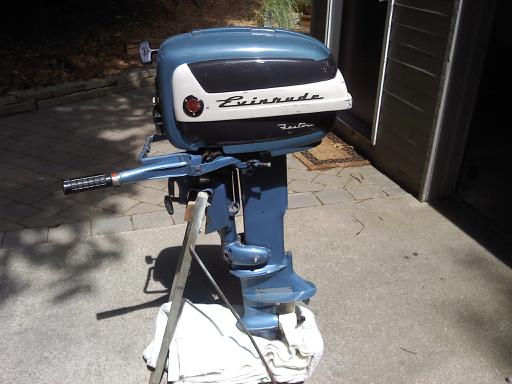 by areame
I think the early 70's should work too. There's an outboard repair shop near where I work that I plan on hitting up the beginning of next week to make sure.

I found my control box off of Craigslist by chance. I had replied to a post about some old gas tanks and when I went to the guys house he had the control box sitting there which was also for sale. Sometimes eBay has some decent deals, but a lot of it seems overprices for the quality.

by thudpucker
I have these in my Barn. See is the ends fit your stuff. I thing they must be 15' to 20' long.

by Ibrew2be
My memory is a bit fuzzy on this, but I am pretty sure that OMC used the same cable hookups for throttle and shifter from the 1950s through well on into the 1970s. I know for sure that they were the same through the 1960s.

Great looking outboard you have there. BTW, the control box you bought was from the 1950s, not the 1970s. My uncle had the Johnson version of that box for his 1957 Johnson outboard.

by areame
thudpucker, I don't think those will fit, the connections look quite different.