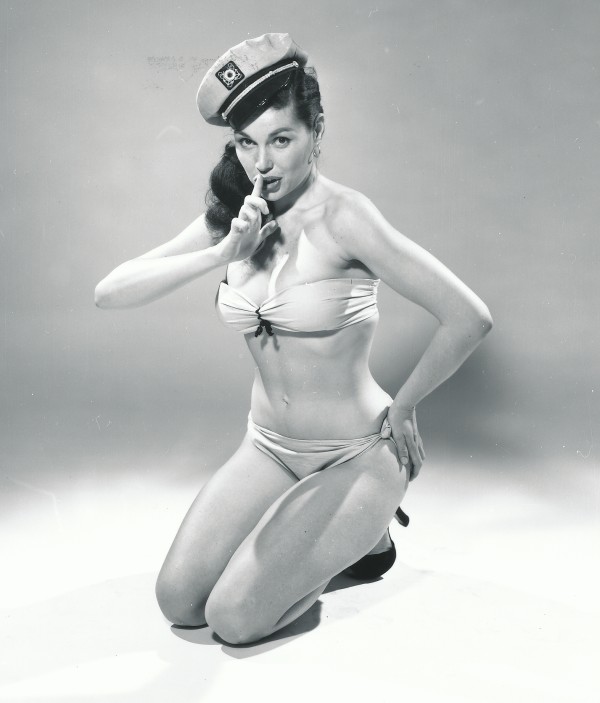 This week's history photos are of the Glen-L poster girl. A couple of these are used on our website in the "About Us" section and the "About our Plans & Patterns" page.

Today you're going to get the "rest of the story" as Paul Harvey liked to say...

First off, we don't know our poster girl's name. My dad had a friend named Bill Holden who was a photographer and he referred him to the model shown in the photos.

Dad said he had to pick her up and drop her off near where she lived in Hollywood.

She met him on the boulevard because she didn't want people to know where she lived. Smart girl.

She handed my dad her portfolio when he picked her up and it did include some nudes she had done as well. 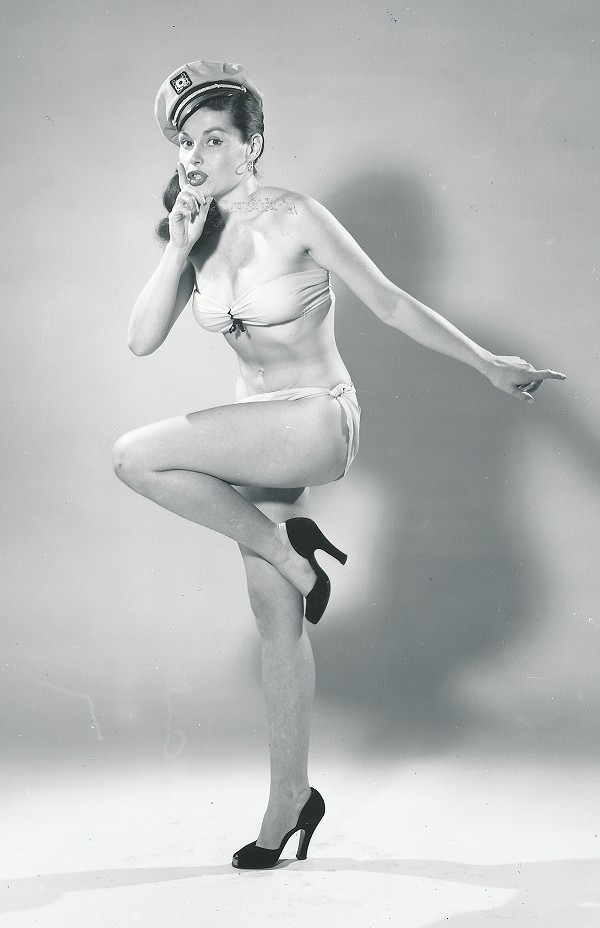 The photos were all taken at Bill's studio with an 8x10 view camera. I've always wondered about the poses where it looks like she has a secret and it turns out that it's just how Bill told her to pose. It's cute at any rate.

My dad remembers that she was married to an airline pilot and she was very nice.

The photos were taken in the early 50's at the very beginning of Glen-L.

You may remember History Photo #4 where I talked about the very first Glen-L office and our dealer program. The display that was provided to our dealers had the poster girl on them.

These photos would obviously have been pretty edgy for the 1950's and dad did say that he got a couple of complaints from his dealers.

He can't remember why he hired a model and had photos done. I don't think it would be a stretch to say that as a young business man starting out, he understood that a pretty, scantily clad woman would draw his target market like bees to honey. Yes, that would be men.

And of course, my father was a 35 year old man who most likely enjoyed looking at pretty women too!

At any rate, I really wish we knew her name becaue I would have loved to interview her today. I'm sure she has some stories to tell...

So, that's the rest of the story... enjoy the photos! 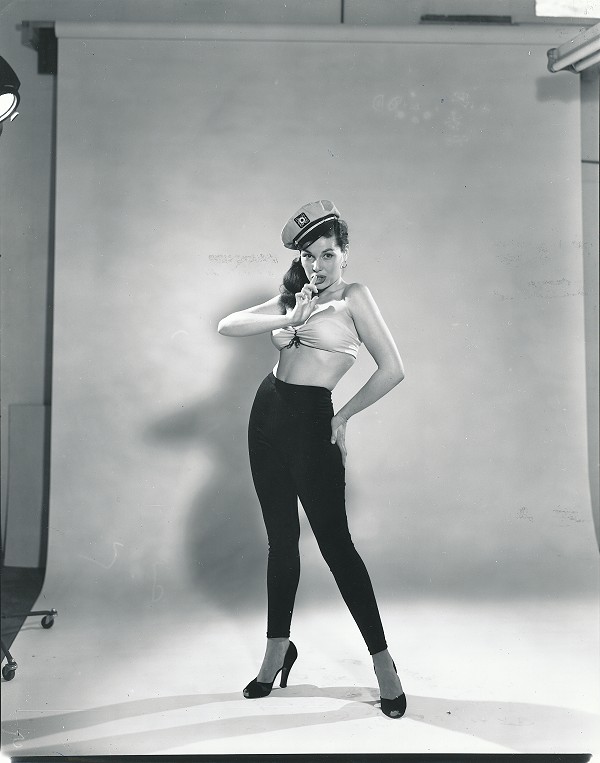 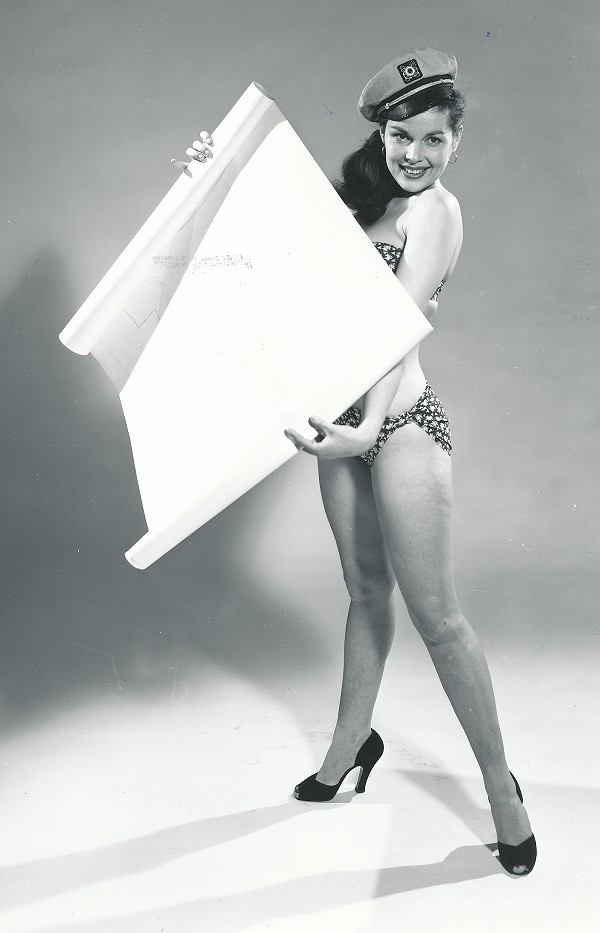 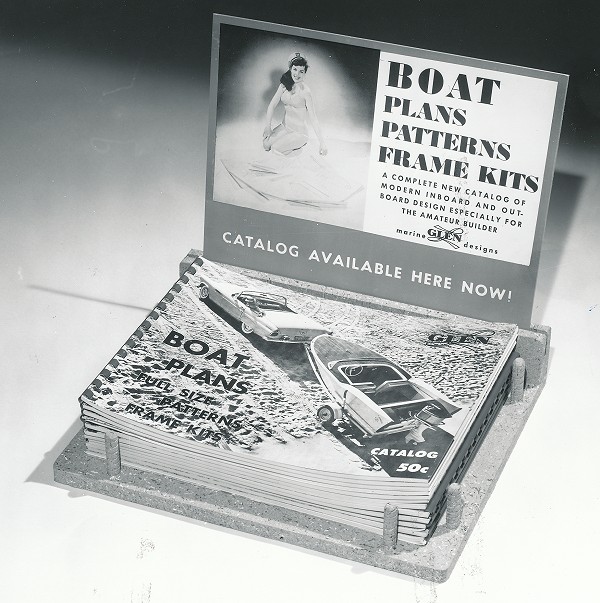 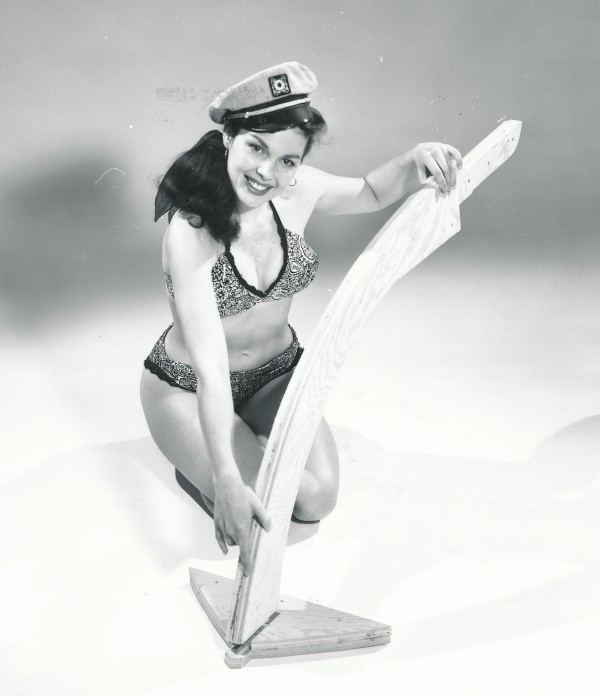